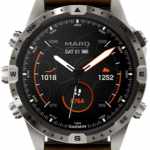 As posted recently, I became the lucky owner of an IWC cal. 66 Pocket Watch recently. However, my enthusiasm was tempered by the fact that there was a huge numerical gap between the movement number and the case number. While usually there might be a 1 - 3 years difference between the production date of the IWC movement and its case, I was confronted with a very old movement dating from 1919 and a case number referring to the 1960-ties.

At first sight this could mean that case
and movement were not belonging to each
other, making the combination probably a “marriage”.

I asked IWC for help and this was the answer from Schaffhausen:

“We researched our archives on your request and this is what we found.

It is our experience that
these unfinished
movements (ébauches)
were kept in stock
and once they
could be sold,
these movements
needed to be finished
to IWC standards.

From the Archives it
can not be deducted
what kind of finish these
movements received.
As duringthe 1960-ies,
the so called “Cotes the
Genève” (Geneva Stripes)
were the fashion, the movements
were nickel plated and after that decorated with Geneva stripes.

Of note is that a lot of cal. 66 movements from this particular series were exported to Scandinavia. The movement with number 725418 was delivered on 17 th November 1961 to a dealer O. Arikola or Arikala in Helsinki.

The case number 1471092 has been crossed out in the archives, and therefore it was hardly possible to decipher what had been written. We had serious trouble with this and we were at the point of writing you that movement and case of this watch were not matching.

However, using a magnifying glass revealed: Movement number and case number are matching !

Your Hunter cal .66 was sold to Finland in 1961 and as such we can issue an Extract of the Archives.

How is it possible that such a large difference between movement number and case number can exist ?
Very important for the collectors are the books of Meis, Tölke and King and the referring “date your IWC”. From these, all movement numbers of watches produced after 1885 have been recorded, reliably. In your case the series 1360 comprised the movement numbers 724901-725500, a batch of 600 movements. The listing of these movements have been published correctly by Meis, Tölke and King. Until the 1960ies we have used these lists at IWC as being precise. However, these lists do not indicate if a certain foreseen movement  has been effectively produced , finished and sold.

It is a list of “planned” watches, year after year. Referring to production numbers a stunning conclusion can be made. Not all the movements announced in a batch to be produced, were built in reality. It could be less. How many less is often difficult to retrieve, as only those complete watches that were really made and thus exist, can be traced from the Archives.

Let us consider your cal. 66 Hunter (Savonette) as an example. In the series 1360, Sav. Cal. 66 ,19 lignes a total of 600 movements were planned. We have researched what happened with this batch. The first watches with movements from this series were finished and sold in 1939 (20 years after the production of the movements). The first 300 watches were sold until 1946, a few during the 1950-ies and the remaining watches during the 1960-ies. The last watch with a movement from the series mentioned was sold in 1968. From the 600 planned watches, 90 % has actually left IWC, meaning that they have been sold. From the series 1360 one cannot state that 600 pieces have been built but about 550.

The archive books just report the completed, finished and working watches, ready to be sold.

The exciting thing about your watch is that it was an unfinished crude movement (ébauche), kept in stock for many years. From the case number we can conclude that finally your watch was not just sold to decrease stock, but because it has been finished after an official order had been placed.

The case was made by the company Wyss in Biel in April 1959 after Arikola or Arikala in Helsinki had ordered the watch at IWC.

One issue remains unsolved : Why had the Scandinavian countries so much interest in the “old” cal. 66 pocket watches during the 1960ies?

As you can see your watch has a typical history.

We wish you many pleasant hours, enjoying your watch.”

Thanks for the tremendous effort to all involved IWC employees.